Types of Intel processors: what are and how to choose the best processor for you?

Certainly, and you may have faced it once; The first and most confusing part when it comes to purchasing a new computer – whatever the purpose of acquiring it – is choosing the most appropriate CPU, and for most of us; Intel processors seem to be the direct or default choice – at least at first glance – although AMD is doing well in the last period, and Intel competes, and may even outperform it at times! But in general, the most confusing thing remains is the choice between the different types of Intel processors, which are in fact very many!

The basic conditions for choosing between types of Intel processors

There are two main factors that you will always encounter in this field; The first factor is the clock speed, which is measured in gigahertz (GHz), and indicates the number of operations the processor can perform each second, and the higher that number, the faster the computer (when equivalent comparisons), and you will notice the difference upwards by increasing that speed when opening Programs, files and media export.

The second factor that you will encounter is the number of cores; Typically, laptop and desktop chips contain two or four cores, so the processor is dual-core or quad-core, and some newer models have up to six or eight cores.

The larger the number of cores, the better the performance, as this allows the computer to run several tasks at the same time without slowing down, and the user will feel the addition provided by the cores in the event of working on many programs at once, such as those that require opening or running many tabs Like a large number of webpages running on your web browser.

Intel Atom processors are low-power processors designed for use in laptops and other networked computers, where battery life and power consumption are more important than computing capabilities.

There are many types of Atom processor, as processors whose name does not contain a letter before the assigned number are specially designed for low-power devices in general.

Whereas processors with the N-prefix are designed for Notebook computers, on the other hand, Atom processors designed for portable Internet devices have a Z-prefix, and the number following the name of the base processor indicates the processor level, with higher numbers indicating greater computing capabilities.

Celeron processors are primarily designed to run lower-end computers, which are primarily intended for web activities and basic computing tasks.

Like its predecessor, Celeron processors include a digital naming scale or index; The higher the number, the more features and capabilities the processor offers.

The Celeron lineup includes different types of processors, including those specifically customized to meet the needs of low-power computing.

And of course; Pentium processors include numerical definitions indicating their gradient levels and capabilities, just like all Intel processors.

Not all Intel Celeron and Pentium processors offer Hyper-Threading or Turbo Boost features – which are explained later in this article – and typically include an integrated Intel HD 510 graphics processor, with the exception of the Pentium G4500 series processors that include a GPU Slightly faster Intel HD 530.

Beginning with the well-known model from the Core family; The Core 2 Duo processors are multi-core processors that include a number of letter indicators, each of which indicates different groups of processors, as follows:

Each of these alphabetical indicators is followed by a number, and those numbers indicate the number of features and the level of performance.

Here, things enter a realm of confusion, and a bit of ambiguity wraps the usual naming patterns from Intel for the performance and features provided by each processor, so be sure to carefully review the processor model in your computer, as that may make a very big difference!

first and foremost; The i7 is by no means a seven-core processor! The same applies to the i3, i5, and i9, but these are just labels indicating the relative performance of these processors.

Denoting of the letter suffix in the Core i family

The thing that is worth noting here is that the suffix that is often composed of four digits – except for the Y in the middle sometimes – is what defines the main character of the processor, its rank and its performance, according to the following:

The suffixes for desktop processors

Without any suffixes: The standard processor mode for a desktop computer, with four cores and a high clock speed, guarantees excellent daily performance, high-speed video and photo editing capabilities.

Another complication that you may encounter with types of Intel processors when choosing one of them; Every period, the company launches new groups or families of segments called generations, for example; The 2018 release is the eighth generation series, which is called Kaby Lake Refresh, and so each family has its own context of the Core i3, Core i5 and Core i7 series of processors.

For more knowledge and experience, the other three numbers refer to Intel’s own evaluation of how the processor compares to other processors within the same line of processors. For example: The Intel Core i3-8145U processor is better than the Core i3-8109U because 145 numbers are greater than 109. 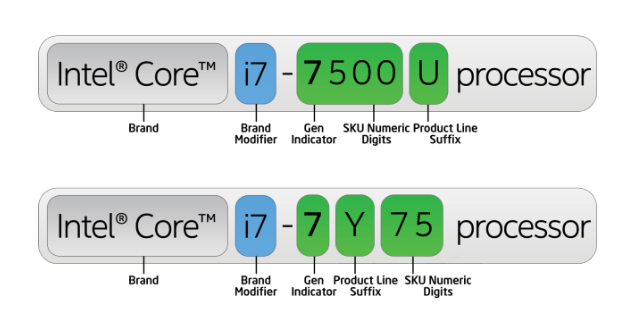 This arrangement makes a big difference when choosing, for in the eighth generation and its subsequent successions, the U-type processors come with four cores instead of two, so if you have a choice between a seventh-generation processor and another from the eighth, and there is a slight difference in price, the choice of the latest model is The best option.

In April 2018, Intel announced the Intel Core i3 +, i5 +, and i7 + processors, and this new naming convention appears when an Intel Optane SSD is installed on the computer.

Optane works to know the files and programs that you use a lot and intensively, and transfer them to a high-speed SSD disk to get better performance, and of course the user does not have to manage this by himself, but it is done automatically, and it does not affect at all the location of the files on the computer disks.

Hyper-Threading System
At the basic level; Physical Cores largely determine the speed of the processor, but given the workings of modern CPUs, it is possible to obtain an increase in speed by using virtual cores (Virtual Cores), which are activated through a system called Hyper-Threading Technology.

If both cores are active and use Hyper-Threading mode, the computing capabilities of those four virtual cores will perform faster.

However, it should be noted that the physical cores are faster than the virtual cores, and the physical quad-core CPU offers much better performance than the physical dual-core CPU with Hyper-Threading.

Turbo Boost feature
Intel Core i3 series processors do not support Turbo Boost, while Core i5 processors use this mechanism to speed up tasks, and so do Core i7 processors.

Turbo Boost is Intel’s proprietary technology that adopts smart increase in processor clock speed if the application requires it; For example, if you are running a game and your system requires more capabilities, Turbo Boost technology will compensate in this area.

Turbo Boost technology is a useful solution when running resource-intensive programs such as media editing programs or video games, but it does not have a significant impact if the user’s activity is limited to browsing the web and using the Microsoft Office software package. 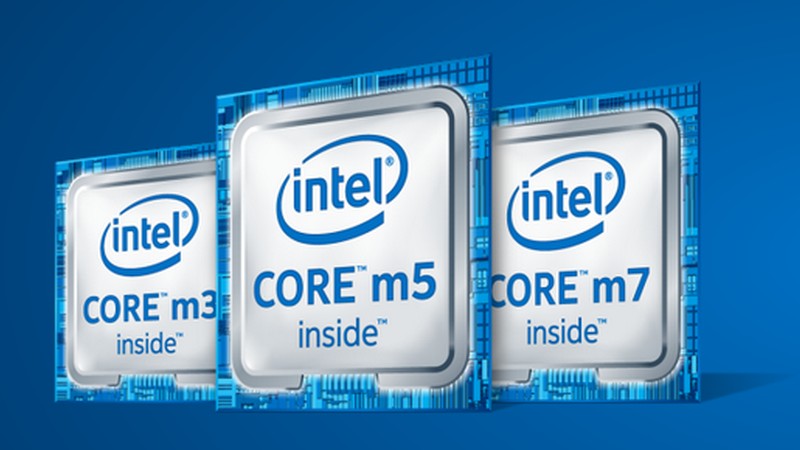 A somewhat special model of Intel processors includes three classes; They are Core m3, Core m5, and Core m7, all of which are dual-core processors, with Hyper-Threading system and Turbo Boost technology, 4MB cache memory, Intel HD 515 graphics processor, and they differ from each other in terms of frequency that starts from 2.2GHz on the Core m3 processor , Down to 3.1GHz on Core m7.

As for the 9000 series processors, it refers to the Itanium category, which may contain two or more cores, and accordingly; The higher numbers in each series indicate more features offered by the processor.

How to write YouTube comments in bold, italic, and Strikethrough

What is an SSL security certificate and why is it important?

5 Best Antivirus Software for Windows in 2020

What is Web Hosting and what types of Hosting? Your comprehensive guide to web…

Types of Intel processors: what are and how to choose…

How to write YouTube comments in bold, italic, and…